Misha Shungen Merrill is the primary teacher for Zen Heart Sangha in Menlo Park and Woodside, California and has been practicing Zen since 1984. She was ordained as a Zen priest in 1988 and received Dharma Transmission in 1998 from her teacher, Les Kaye Roshi, the abbot of Kannon Do Zen Center and dharma heir in the lineage of Shunryu Suzuki Roshi, the founder of San Francisco Zen Center. Misha also works at Peninsula School in Menlo Park where she is the Program Support Coordinator (Assistant to Head of School). She resides in Woodside with her husband. 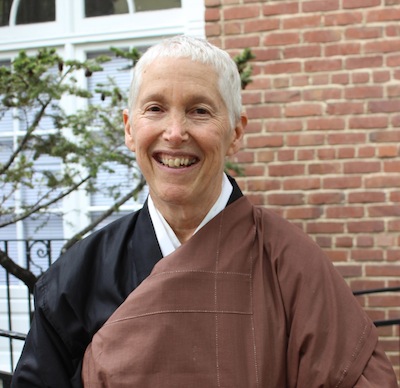 Jill Kakushin Kaplan has been practicing Zen since 1993 with Zen Heart Sangha and received Dharma Transmission from Misha in July 2013. She received priest ordination in 2001 and was Shuso (Head Monk) for the Sangha’s first practice period in 2008. She is currently serving as Tanto of the Sangha, helping to lead the evening and Saturday programs, as well as teaching the sewing of Buddha’s robes. Jill has a psychotherapy practice in Redwood City, is a teaching member of Sandplay Therapists of America, and has taught Mindfulness Based Stress Reduction. She resides in Redwood City with her husband and has two grown sons.

We hope that the following website links may be useful in your exploration of Buddhist practice opportunities.